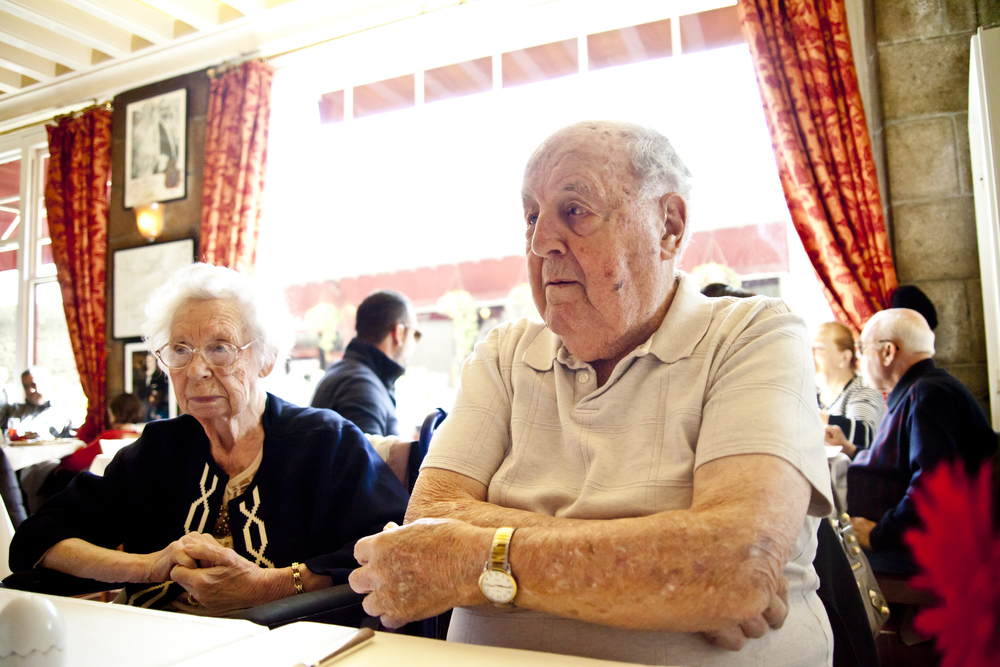 Two years ago today, I was returning from one of the most incredible trips of my life…

My last job title was “Wish Coordinator” with Wish of a Lifetime, an organization dedicated honoring seniors. They want to foster respect and appreciation for our nation’s oldest generation and they do this by granting Wishes.

I wore a bunch of different hats while working there, the main one being executing said Wishes. It involved a lot of trip planning, family coordination and thinking ahead. It was also a lot of communication with seniors on the telephone which was often hilarious, heartbreaking, inspiring, and shocking all at the same time. A video I helped create while I was there encapsulates a lot of these emotions.

The biggest Wish I helped coordinate was for Russell and Odile. They met in France at the end of World War II. He was a solider; she was a translator. He was Amercian; she was French. He was forward; she was shy. Read more of their story here, here and here.

Not only did I get to coordinate the Wish, but I went along on their trip. It was crazy stressful but crazy fun too. Navigating the cobblestone streets of Paris in a wheelchair is not for the faint of heart but Odile was such a good sport about absolutely everything.

We went to Notre Dame Cathedral, the Artist’s Square at Sacre Couer, the beaches at Utah and Omaha Beach, and even to Mt. St. Michele and Versailles. (To give you a small glimpse into Russell’s boisterous personality: he stole a golf cart from one of our guides to take it for a spin at the palace.)

Just typing it out reminds me of how amazing it was to see that much. Me, some tour guides, and two 94-year-olds. And though everything was incredible, one stop stole the spotlight from all the others. We planned a vow-renewal ceremony to celebrate their 66th Wedding Anniversary. Helen Patton (granddaughter of General Patton) offered her beautiful home in Nehou, Normandy for the reception. We invited what felt like all of Normandy for the celebration. Odile and Russell wore huge smiles the entire day.

But seriously. They both encountered some bumps in their health before the trip but never once did they allow it to hinder them. I was constantly asking them if they were tired or needed a break: neither ever did. They often went to bed after I did. They couldn’t get enough of being back in the place where they fell in love. I was deeply moved by their passion for their own story.

Russell and Odile showed me a selfish love. That sounds terrible, but I don’t mean it that way at all. It was obvious that their main priority was each other. No matter what camera was around or which extravagant location we were at, they were always checking in with one another.

It wasn’t self-centered and it wasn’t exclusive. They simply knew what mattered. They spent 66 years together and I’m sure that prioritizing their relationship and their story gave them strength in the difficult times.

So Russ and Odile…I can’t say the trip wasn’t without stress, frustration, anxiety, and a couple tears. But I want to say thank you for a trip of a lifetime that I couldn’t forget if I tried. Thank you for your service to our country, your boldness, your kindness, and your friendship.

*All photos were taken for Wish of a Lifetime and are copyrighted, 2012