Life and Death…Joy and sorrow. 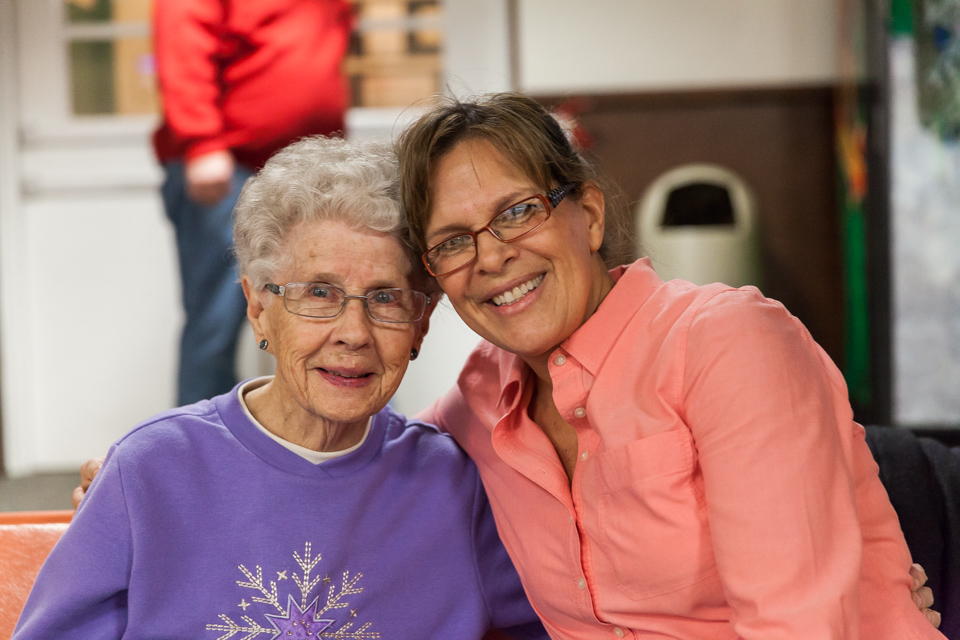 The past two weeks, man. They were tough ones. I lost my grandmother, my Mimi. A woman who lived 87 years serving other people, with a smile on her face and a literal skip in her step.

I’ve written about her before, just after her first stroke. So if you’re interested in knowing more about her (and you should be), read this.

And to be honest, watching this process, especially the last week of her life, made me very, very angry. I started demanding answers from God to some very big questions, “What is the point of this?! Is this part of a bigger plan or are you just ignoring her?” I wasn’t angry with God for taking Mimi, I was mad at him for keeping her here like this.

Pardon me for being a little graphic, but her last week of life was the most excruciating thing I’ve ever witnessed. Each day that she went without food and water felt like a day of injustice and cruelty.

Every hospice nurse that told us she wasn’t suffering brought out a silent rage in my head. I wanted to scream, “BUT HOW DO YOU EVEN KNOW THAT?!” It wasn’t their fault. And who knows? Maybe they were right. But it felt unfair. It felt trite. It felt like God was absent.

But there was a stillness in the waiting, a calm over my parents home where she lived. There was gentleness. Sorrow, definitely, but accompanied with what can only be described as love. People were in and out, people who loved her dearly and people who were overcome with grief about her death. The love that was there was undoubtedly Jesus. Because who else would be there while Mimi was leaving this earth? I saw Him in the details…

Jesus was in my husband simply making sandwiches for my sisters and I on the day that Mimi had her stroke.
Jesus was in my best friend, a hospice nurse, driving for two hours to comfort my family and to show us how to give her medicine.
Jesus was in my cousin (who has five children of her own) sitting with Mimi until midnight so my mom could get some sleep the second night.
Jesus was in the fact that I was driving back to Denver after Thanksgiving, and I had the flexibility to postpone my trip for a few days.
Jesus was in my mother’s three siblings being able to travel to Pennsylvania to be together with their mother one last time.
Jesus was in the fact that my little sister just had a baby. So every time we walked out of Mimi’s room, we could pick up a little bundle and be reminded that just as life ends, so it begins.

He was there. And as angry as I was, I couldn’t deny Him.

These weeks were so terrible in so many ways, but they were also so unbelievably beautiful. I was reminded over and over that God doesn’t create shitty circumstances for us to endure. He created a world for us one time, a world with struggle and joy and trials and celebration. Every element works together for His glory and we don’t get to pick and choose which parts to partake in. But regardless of the difficulty, He shows us Jesus through it all. We decide to see that or to ignore it. That’s on us.

So as we enter into the celebration of Mimi’s life today, I choose to see Jesus. I choose to believe that in her last days and even months with us, though she couldn’t communicate, she knew that she was not only surrounded by people who deeply loved her, but the Jesus who saved her.