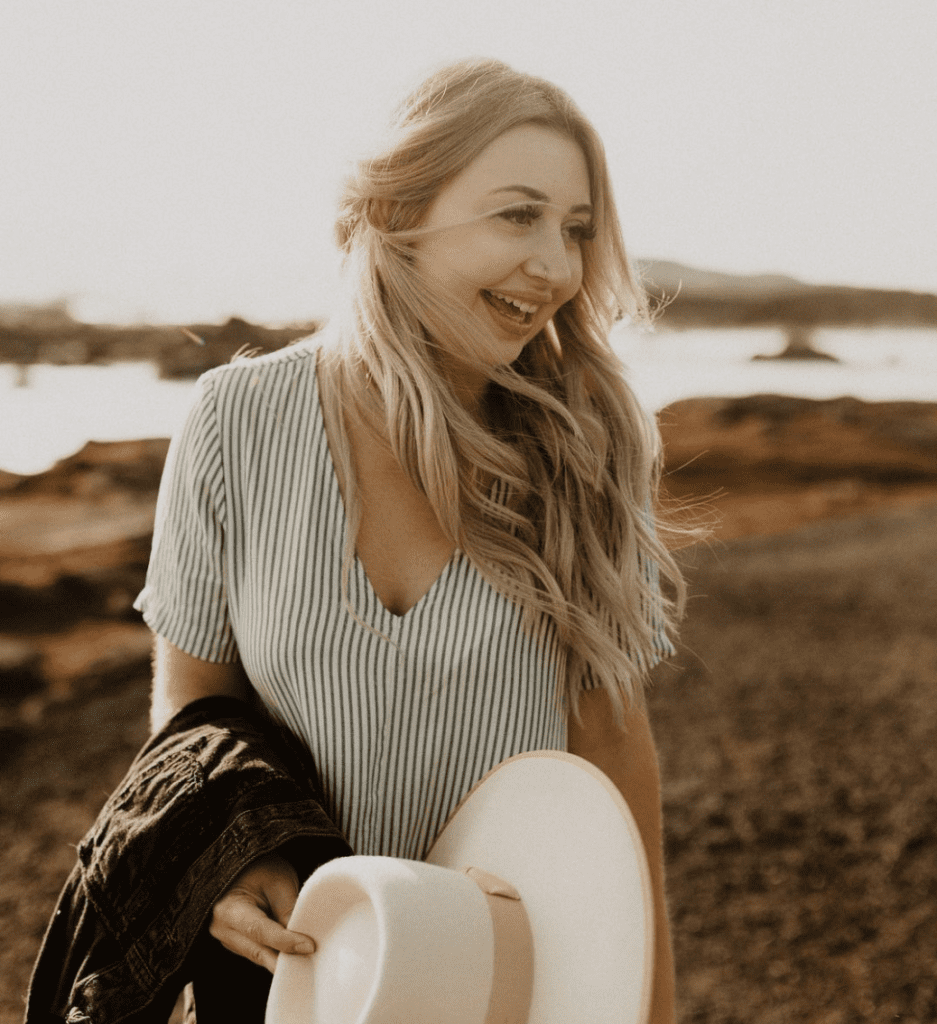 Kasey works incredibly hard and is incredibly patient. I worked with Kasey an entire year before she launched her site. She waited so long to unveil her rebrand because she wanted every single thing to be perfect. She wanted to make sure she was ready and able to serve her clients fully before putting this out into the world.

Kasey went from shooting big weddings to only elopements and she immersed herself in that world. She took courses, she read books, she hired professionals. And she photographed her little tooshie off. She wasn’t going to call herself an expert until she was one. And now she is, and you can see it all on her site.

OUR FOCUS WORD FOR THIS PROJECT WAS

WHY WE CHOSE THAT WORD …

Kasey is a photographer in a market that is saturated … and growing every day. So we wanted to position herself a little differently than other adventure elopement photographers. First, she’s an East coaster. So her audience is very different than that PNW crowd. We talked about how eloping is less common out East and how her copy needed to open up possibilities for people. Maybe possibilities that they had never considered or even heard of.

So rather than being anti-big weddings, we wanted to show couples that there could be a different way to get married. We wanted to show her site visitors that Kasey could be the guide that showed them how to elope. Her brand name includes the word “with” for a reason. She wants to be a partner with her couples: not only executing their elopements but helping them dream up the possibilities in the first place.

WHAT WE LOVED ABOUT THIS PROJECT

Kasey came to us with a vision and communicated it so clearly. She knew exactly who she wanted to be in this space. All we had to do was help her see what made her different and help her stand out. We loved how much she trusted us and how much faith she had in us to get her voice right. We’ve been waiting to see the site since we worked together and it was so, so worth the wait. She executed all the other pieces with the other contractors beautifully. We feel lucky to have been a part of bringing her brand to life!

WHAT KASEY LOVED ABOUT WORKING WITH US

“There is a HUGE weight off my shoulders since having Rachel write my website copy for my re-brand. Not only did she take the 40+ pages of google doc notes and turn it into magic, she also made some vital copy/marketing suggestions that validated my choices, and helped me move in the right direction with my re-brand! Rachel truly understood MY voice and helped create copy that actually converts. Personally, I would say this was one of THE best investments I have ever made in my business.”

Also? It takes a village. This project came to life with the help of Daniel Neuman’s illustrations, Alisabeth Designs for web design, and Made To Thrive for development.

Ready to re-vamp your copy?