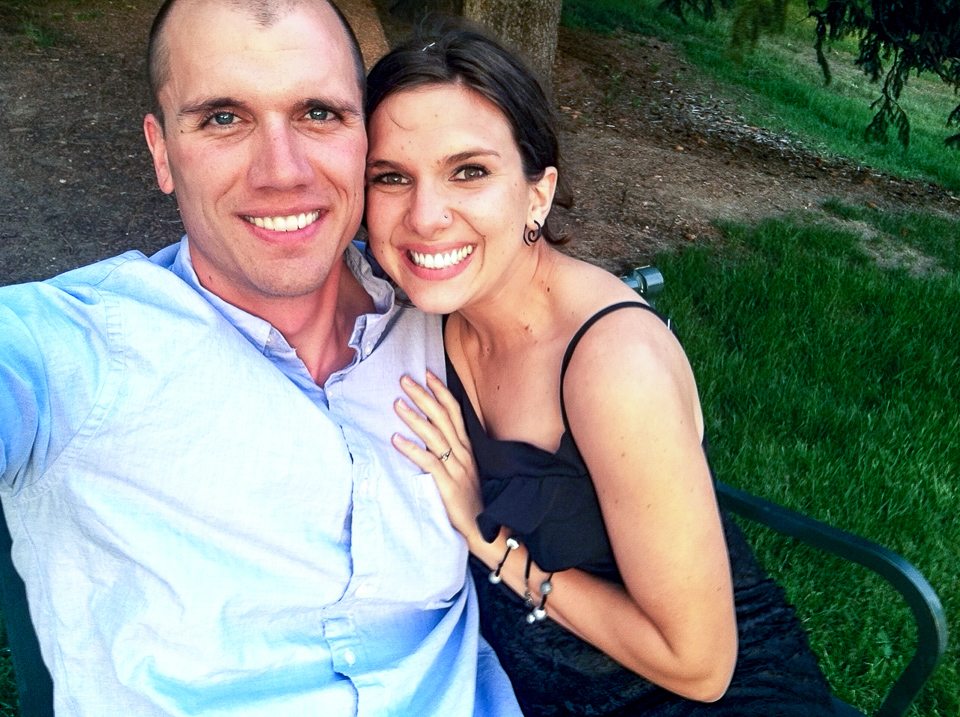 If you follow me over on Instagram, you’ll notice that every once in a while I write haikus in the comments of my photos. I’m not super emo, but it’s just a little reminder to my husband that I’m thinking of him.

Travis and I met 6 years ago in Africa. I was instantly smitten with him, but he took his time “warming up” to me. (Can you imagine?!) Our time there only overlapped for four months, and we formed a strong friendship, emailing quite frequently as we traveled separately all over the continent and then sharing meals with a group of friends when we were both at our home base in Kampala. He handed me a letter when I left, telling me to open it on the plane ride home. Naturally, I tore it open as soon as I got to the airport. He wrote about how he was grateful to have the chance to get to know me and other very kind things. But he didn’t say that he would see me again, or that he would like to. Simply, “a piece of you will stay here in Africa with me.”

I didn’t know what that meant and I spent the next five months trying to figure out if I would ever see him again. In the meantime, we continued to email and occasionally, we texted. That is a big deal because it costs about $.50 to text America from Africa. So when he did it, it had to count.

At some point, we decided that we would only text in haikus, which are a kind of Japanese poem:

It took effort and intention. It made us think. And it was nerdy, which is a standby in our relationship. Receiving those rare texts from Africa made me so happy. Travis eventually came back to the U.S. To my great delight, he visited me in Pennsylvania almost immediately. On June 16th, 2010, we began dating. A couple cross country moves, a couple different jobs, some looooong chats, and hundreds of haiku text messages later, we were living in Denver, Colorado. To my even greater delight, on June 16th, 2011, he asked me to be his wife in just about the best way possible.

We went to a fancy dinner and had fancy doughnuts for dessert. Does he know how to charm a girl or what?! I thought we were simply celebrating our one year anniversary. But then we went to a cute little park and he handed me another letter. This time, it detailed each phase of our relationship. Between sections, he wrote a haiku to wrap it up. By the time I got to the bottom of the second page, he had one last haiku, but it was missing its last line:

One year won’t suffice
So a question I will ask …

And when I looked up, there he was, down on a knee with the prettiest ring I ever did see. And he finished the haiku.

“Will you marry me?”

This is about as cheesy as this blog will ever get (maybe), but this day holds much significance for me and I couldn’t let it pass me by without sharing this story. Travis deserves mad props for this and I plan on giving them to him every June 16th from now until forever. (I love you and thank you for marrying me. I really appreciate it.)