Sugar…And fires and smoke and snakes, oh my. 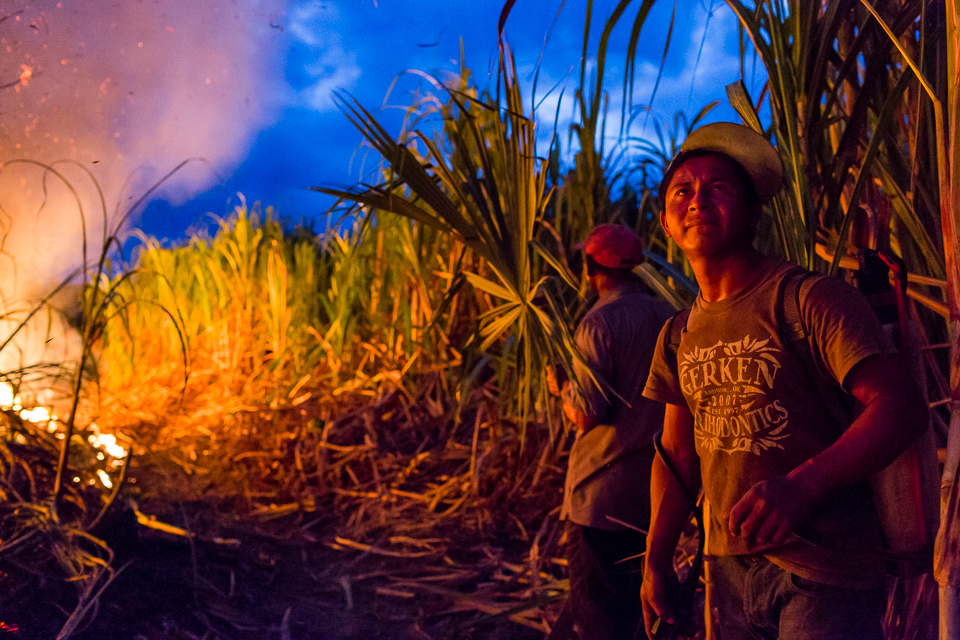 My friend Kendyl and I had been talking for months about where our next adventure would be. I went with her to Myanmar two summers ago, to photograph for her nonprofit, NomoGaia. She does human rights assessments all over the world, helping companies and organizations understand human rights and uphold better practices.

I got an email from her in January with a subject line that said, “Wanna go to Belize?” I obviously said yes and she said, “When are you free?” It was decided that we would leave a week later. This is one of the hazards and wonders of traveling with Kendyl. She makes magic happen and you’re suddenly on an adventure.

This trip was just slightly different than Myanmar because we had a mascot: Kendyl’s 9-month-old son, Quentin! I played the role of photographer and babysitter, while Kendyl solved the world’s problems and was an overall mom rockstar.

She was investigating human rights in the sugar industry, which makes up a huge percentage of Belize’s agriculture. I realized how little I know about sugar and about how the Fair Trade standards work.

On our second day in the country, she came home from a lot of meetings and asked if I wanted to photograph men burning down a cane field. “Why would they burn it?” was my response.

They burn cane for a couple reasons:
1. It makes the cane easier to cut/harvest.
2. To burn off the dead leaves.
3. To chase out all the poisonous snakes that have taken up residence in the field.

I am terrified of snakes. Like, tears on sight terrified. But I couldn’t pass up the opportunity to photograph this. When would I ever see a field of sugar cane go up in flames in Belize ever again?

I laced up my sneakers, strapped on my camera, downed two beers, and walked out into the field. I took every step with a deep breath and a prayer, focusing on the experience and not the hypothetical. I pretended not to hear when the man said they found FIVE dead snakes in the field they burned the night before.

I cannot tell you how happy I am that I went. Or how happy I was that I didn’t see any snakes. These are some of my favorite images I’ve ever taken and I feel so unbelievably lucky to have witnessed the sights and smells of that evening.

What these men do is slightly crazy, super impressive, and more than a little dangerous. It is also really beautiful. Their swift movements and perfect synchronization was incredible to watch. They control fire on an insane level, with years of expertise and confidence.

I will write more about the trip and show you my favorite portraits later this week, but in the meantime, I wanted to give you some photos that prove that magic that  happens when you trust Kendyl.