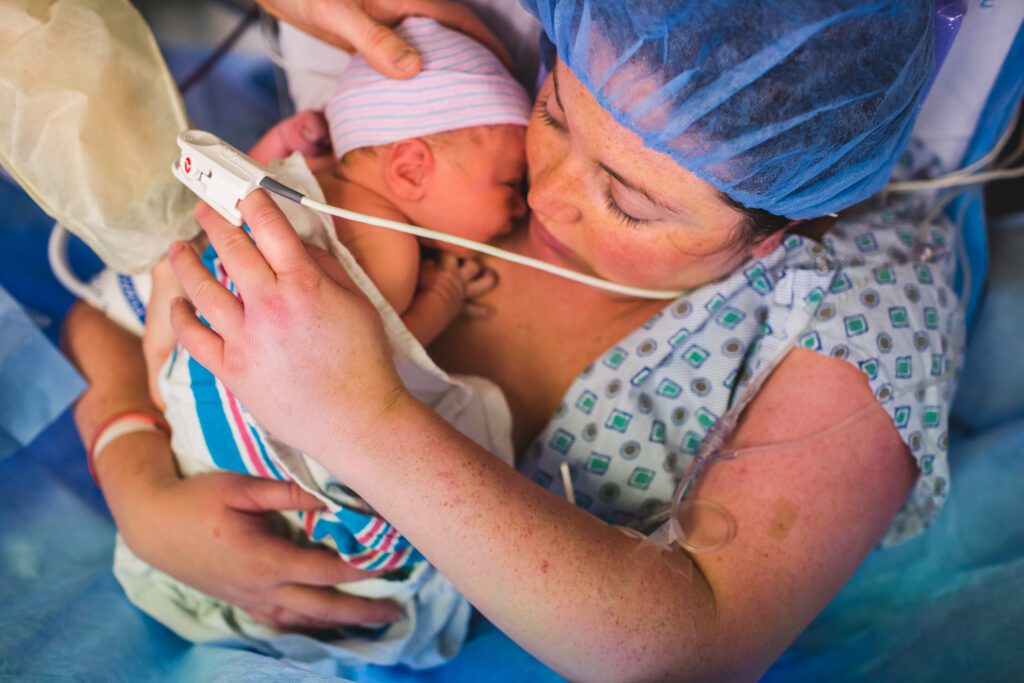 It seems as though I have become the official birth photographer for the Messiah soccer alumni. And I don’t hate it. Last year, I had the honor of photographing my teammate Cassie’s birth. Shortly after, I received a message from my friend Brenna, who we also played with in college, saying, “I wish you could photograph my birth!” I thought for a second and then realized, “Hey. I bet I could make that work.”

She lives in Pennsylvania. I, do not. But I realized that she was due in March, a time when I’m not usually very busy. I could schedule a two-week trip home, book a few sessions, hang out with my family, and hopefully time it right to be there for her baby’s arrival.

So that’s exactly what I did. And we timed it just right! Brenna had her son, Ezekiel Silas, the day before I was scheduled to come back to Colorado. It was perfect timing, though almost a week past her due date.

This was the first C-section I have ever witnessed. It was incredible. There was such anticipation leading up to the moment. Today was the day they would meet their baby! There was an amazingly peaceful feeling in the room, which I’m sure is not always the case for operating rooms.

Brenna and Josh whispered words of encouragement and prayers to one another. The nurses and doctors kept them both completely informed of what was happening. And then it all happened so fast. There was a baby being held up toward my camera and I heard Josh announce to the room, “It’s a boy!” I looked down as tears welled in Brenna’s eyes as she tried to get a better look.

And he was perfect. He was pink and round and had a good set of lungs right away. Josh left Brenna’s side to go meet his son. He stood back, away from the table, beaming from ear to ear as he saw him for the first time. It was like he was just trying to soak up every moment.

The team swiftly cleaned Zeke off and took him to meet his mother. Brenna couldn’t stop kissing him and staring at him. I’m sure these moments are a little bit of a blur for them. But Josh and Bren, you were so in love, so enamored, instantly. You brought your baby into the world with such open hearts.

They spent the next hour picking out his name and staring a whole lot more. They introduced him to their families and to their first son. I got to take their first photos as a family of four.

This birth stuff just doesn’t get old. I never tire of watching a mom and dad become parents. Or watching dads stand in awe of their partners, of their strength. I don’t ever feel rushed to leave or anxious to move on with my day. Bringing life into the world is simply not a small feat. There are so many miracles that lead up to the moment that a baby takes its first breath. I hope those miracles are never lost on any of us.

Josh and Brenna! Thank you so much for inviting me to be a part of this day, a part of your lives. I can’t tell you how much I appreciate that invitation. Births are the most magical thing I get to photograph and I don’t take the responsibility lightly. Thank you for trusting me with it. And happy birthday to Ezekiel Silas! He is one of the luckiest kids around to have you two as parents. Love you all!